H Tonubabu is the founder and director of the museum which was opened on May 7, 2007.

Aishi Hamom was the anchor of the programme.

On the occasion, Hamom Tonubabu said that the foundation stone of the museum was laid by eminent poet Dilwar on October 1, 2006.

Tonubabu stated that he is not satisfied with the items and documents kept at his museum and sought donations from well wishers.

Ng Uttam said that the Department of Art and Culture will assist the museum in promoting Manipuri culture. 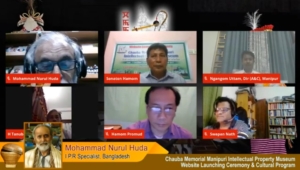